Introducing the Very Merry Berry Pavlova Recipe … Did you know that Pavlova was named after a Russian ballerina named Anna Pavlova and that the Kiwi’s and Ozzies fight over who gets to claim its origin? But because i’m married to a Kiwi and our children are half and half [South Africa / Kiwi] we are collectively as a company going to go with the fact that it originates from New Zealand 🙂

… Awaiting mass hysteria from the Ozzies.

Never the less this very Merry Berry Pavlova is something to behold and originates right here by our very own South African Mariza over at @lifeinthesouth. It’s vegan, it’s decadent, it’s fruity and it’s just so delicious that it’ll be a must this festive season.

I always find Christmas desserts a bit heavy especially after the fact that I usually over eat before pudding but REFUSE to admit defeat at main course and soldier through to my final course only to be horizontal for a good half hour afterwards – Am I right!

But isn’t that what the festive season is all about! Indulging in your amazing family, feasting on beautiful food and making memories to look back on and laugh.

My family have always done a “Non-Traditional” Christmas style feast every year and we tweak it here and there to our new tastes and styles as we have gotten older and I must say I think we NAIL IT! It’s filled with dishes made by everyone in the household and from our friends who come over too. Bringing together everyones little bit of Christmas feasting into one.

My point is try not pigeon hole yourself into the traditional feasts, try something new, add something vegan – like this Berry Pavlova!

Add some beautiful wine [My favourite being Simonsig Rose] and you have yourself a memory for a life time. 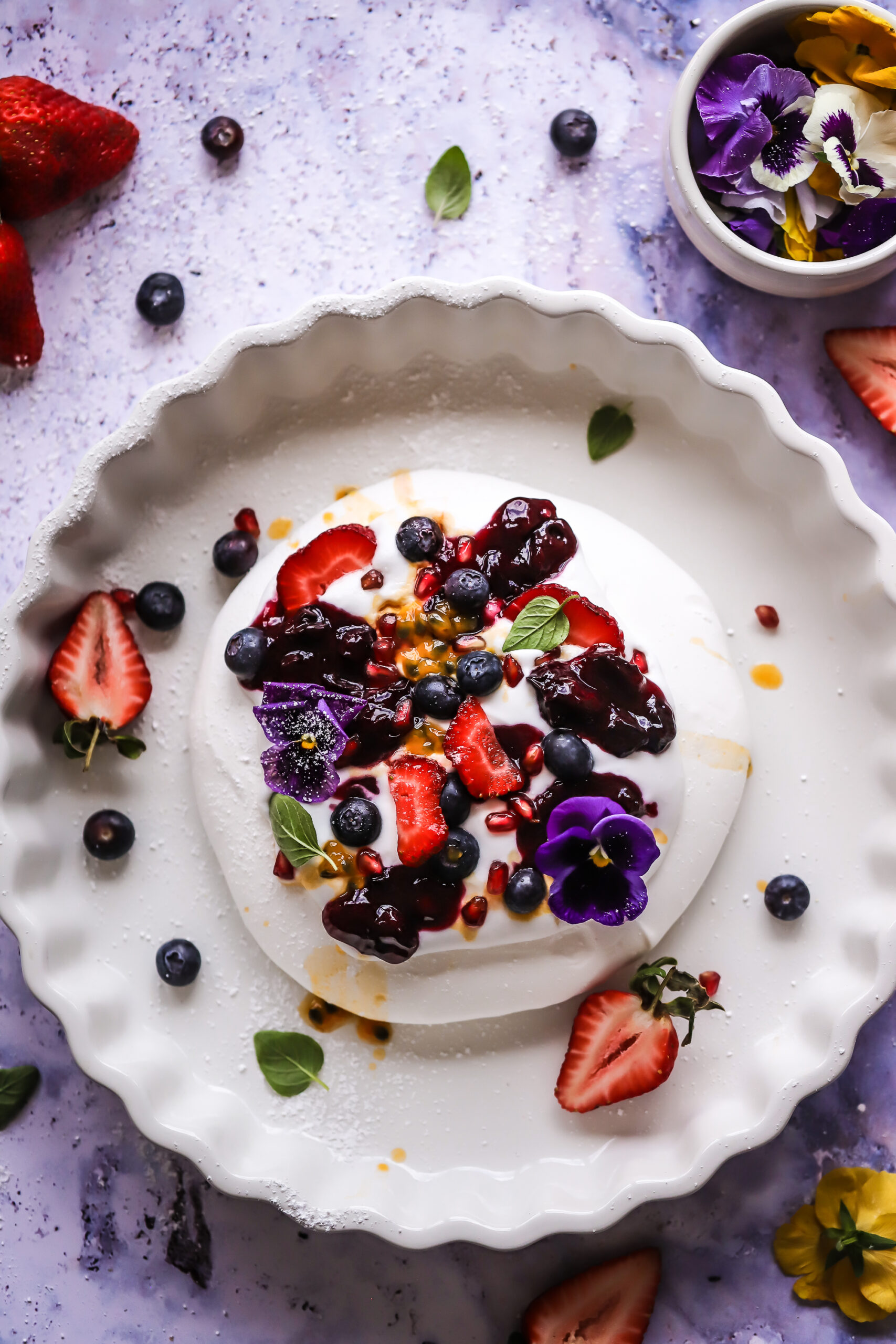 Jump to Recipe Print Recipe
This festive Vegan Berry Pavlova is delicious, light and fruity and great for any occasion
Serves: 4

Free delivery for all orders over R1000. Stay home and stay safe! Dismiss